A basic BJT common emitter amplifier has a very high gain that may vary widely from one transistor to the next. The gain is a strong function of both temperature and bias current, and so the actual gain is somewhat unpredictable. One common way of alleviating these issues is with the use of emitter degeneration. Emitter degeneration refers to the addition of a small resistor (R4) between the emitter and the common signal source.

In this circuit the base terminal of the transistor is the input, the collector is the output, and the emitter is common to both. It is a voltage amplifier with an inverted output. The common emitter bjt amplifier is one of three basic single-stage bipolar-junction-transistor (BJT) amplifier configurations. 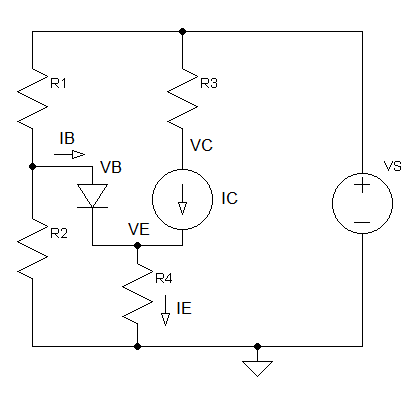 If you are designing rather than analysing the DC circuit, you should choose the resistor values such that VC is half the supply voltage. This is to obtain maximum output voltage swing. 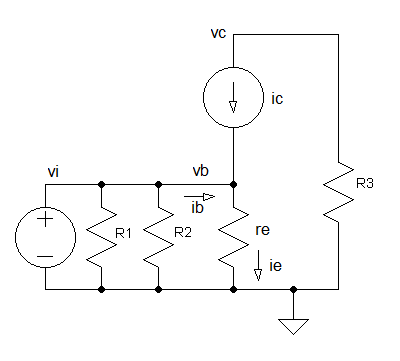